P.S. This Bizarro was discussed in some detail on the Arnold Zwicky blog.

I don’t know, wouldn’t it have been simpler and just as effective to go with the standard “minstrel” spelling?

This joke is wheely tiresome.

Kilby sent in this double puzzler:

“When I wrote Leigh Rubin to point out that one of the three checkers should already have been doubled to form a ‘king’, he mentioned that he had submitted the comic to the syndicate with a caption, but that this caption never made it to the published version.”

Assuming the pieces can move (and capture) only according to their own “rules”, which side would win the endgame shown in the comic?

OR, you can assume the red checker has just gotten to c1, and is being crowned as we speak; this puts the knight at a1.

The history of these games can also be discussed in the comments.

By the way, I’m on chess.com as zbicyclist; anyone like a game? 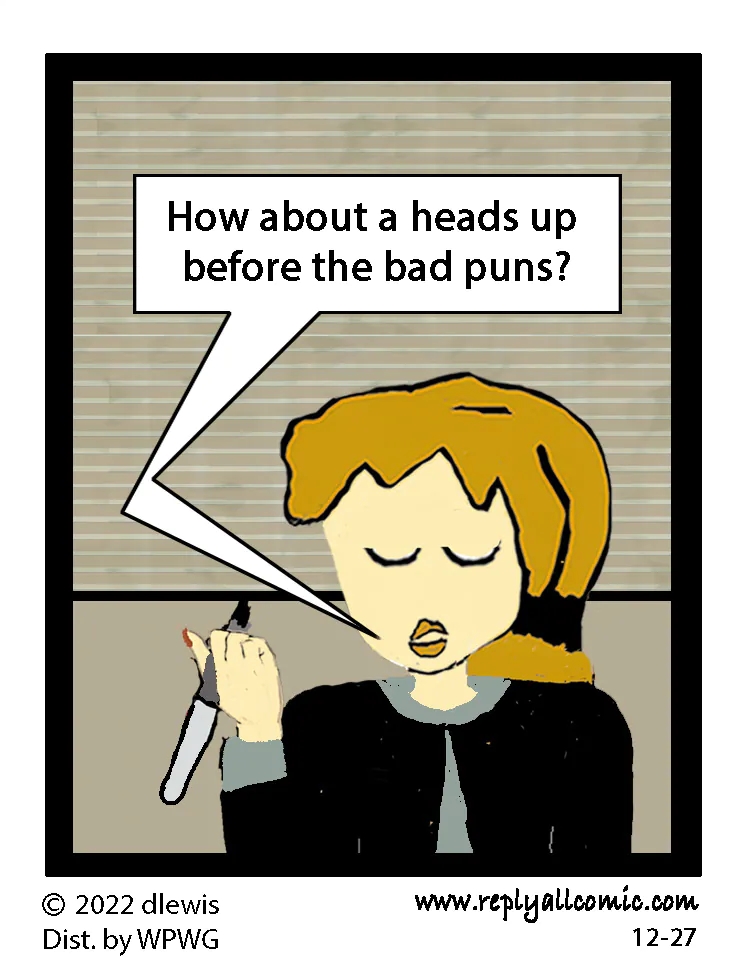 We start off with a twofer on the same pun idea:

That’s sticking it to them! (or not)

We picked up this Wiley Miller one from the Why Evolution Is True website where it was sent in by a reader.

This Rubes from Andréa makes a deprecated usage exactly right for once!

Today is the 200th for César Franck.

Here is a performance of his Violin Sonata in A:

There’s a Groucho disguise. There’s Pooh. There’s Christopher Robin. How are these linked? Say the secret word and win!

I think “dog” is today more common in this idiom, but you can also hear “horse”.

This may be a case of two overfamiliar clichés combining to give a cynical chuckle.

A couple for those of you counting steps. These were also a synchronicity.

Paired clips of Super-Fun-Pak Comix mini-strips from an assembly published under Tom the Dancing Bug. Oy!