The LOL factor here is in the particular expression she uses, combining passive “been informed” with “I want”.

“Spare armadillo” from The Far Side. Note, the link may not work for long!

And still from Le Vieux Lapin, and for that matter still about bees:

An Ewww-LOL from Reality Check:

H/t to Professor Ceiling Cat (Emeritus) for including this 2003 Off The Mark in last Tuesday’s Why Evolution Is True blog.

They just don’t quit with the puns over at Mannequin on the Moon!

Is it a Geezer factoid to remember the term for this particular form of standing arm-wrestling?

(Far Side handled as link only, not copied nor embedded.)

Is a Spoonerism necessarily a pun? Maybe not, but it can still be an Oy!

This Sheldon was sent in by Andréa, who asks “Remember the [long ago] discussion of these?”. Maybe not in specifics, but the CIDU crew should be able to make short work of a simple issue like the role of uniqueness and originality in the arts!

A Far Side on the theme of “Could it get any worse?”:

These are non-CIDUs or semi–CIDUs, where the joke or main point isn’t seriously in doubt, but some specifics of the writing or artwork seem somewhat off, or incomplete, or in need of explanation or correction. (Yet we don’t want to get into the territory of mockery or purely complaining.)

This first one is from Chak who calls it an Oops, and comments “The oopsies I’m thinking of are about well-drawn comics that slipped up”. In this Fastrack, the custom paperclip seems to change position without physical cause.:

Here was a Between Friends that seems to be illustrating a familiar saying with a situation that shows something different. In the picture, isn’t it more someone who has gone down and may not come back up?

We have been getting plenty of submissions or suggestions for The Far Side cartoons by Gary Larson, both classic and recent, some scanned from books and some copied off the 2019-established web site. Some suggestions were meant as classic solo-CIDU posts, but others might fit into one of these quasi-CIDU categories.

But there’s a big problem, that Larson has made a public point of his wish to not have his cartoons reprinted without permission and not under his control. There are people who doubt that this would have legal force if he tried to enforce it; but it doesn’t seem entirely right to defy the wishes of someone whose work we appreciate and want to enjoy.

So generally we have been responding to submissions and suggestions with a reminder of those constraints.

But thinking about Internet standards, short of copying and reposting something, and short also of the middle ground of embedding something by link, there is the fundamental WWW action of linking. That is well established as not infringing anything.

It’s also pretty inconvenient! Hard to have informed discussion threads when the item being commented on is not visible in the same window or tab! Still, it’s not beyond our abilities, CIDUers.

Sent in by Findus as an artwork/layout question rather than overall CIDU, this linked Far Side cartoon raises for them the question “what’s with the lovingly executed reflection in the mirror that is not a ‚mirror image‘? Is this intentional?”

And from Brian R we have this linked Far Side cartoon, which he suggested as a CIDU – but then understood fine the next day!

There actually is a certain amount of good sense to the now-classic bit about tech support asking “Have you tried turning it off and then on again?” as made famous by “The IT Crowd”. Now here in Lard’s World Peace Tips, it is cited in the wrong order. Is that the joke? Or was it accidental? Or intentional but supposed to be meaningful here, where the kite in the picture seems to be “off” since it is not flying, so is poised to be turned on, i.e., launched? My gosh that was long-winded!

Down the Garden Path Dept. Can you convince me this Loose Parts does not at all involve people getting squeaky voices from inhaling Helium?

Is it too soon or too late for one more Santa LOL?

Bllss (and Martin) on their own and on GoComics

Bliss in the New Yorker:

We *did* crack a smile, even if not literally LOL. But no doubt this must be “a LOL comic” by virtue of subject matter! 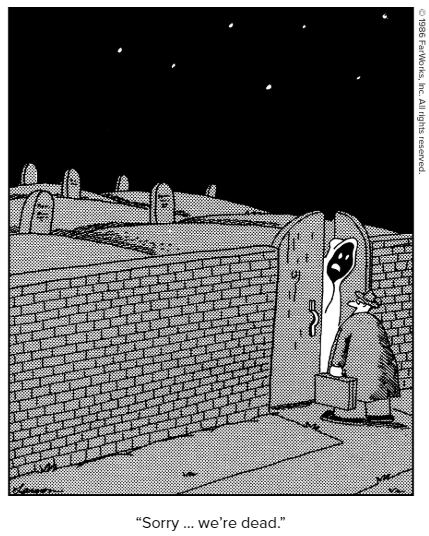 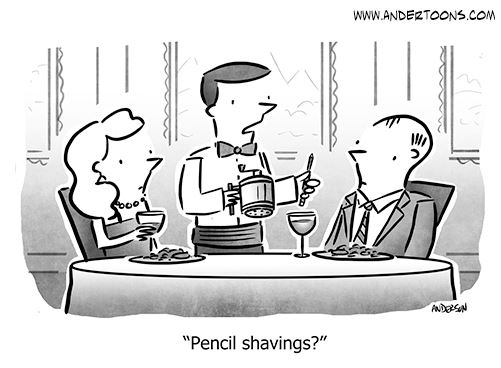 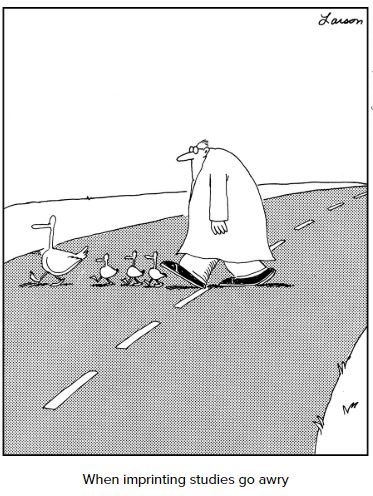